Home » Featured » Google and the Lilliputians 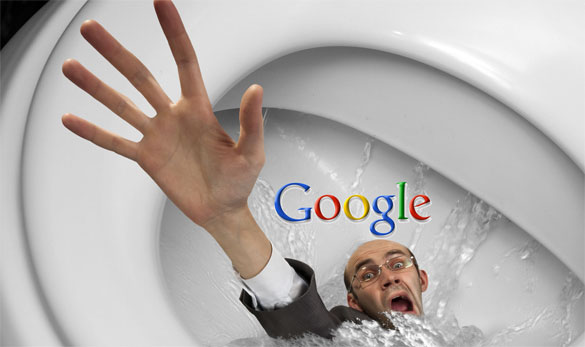 There are enough companies with great potential – some I’d dare say even greater than Google on many levels. The problem is that these companies lack the most important quality that makes a company great on the Internet: vision.

I said many times that Google is evil and I will not reiterate the whys. Enough has been said in that Google seems to grab everything that moves online and make them its own. The more I think about it, despite the strong anti-trust beliefs I have, there is a lot to learn from this strategy and in the end this is what actually makes Google “invincible.”

I just read the news about Yahoo! buying Maven Networks. Apparently Yahoo was planning to acquire this company long before Microsoft came up with the offensive 44.6 billion bid – so let’s not see this move as a “smart strategy” to force Microsoft return with a higher offer. Also, let’s not label the move as stupid either – let’s just say that this is not what Yahoo! needed now.

Maven does have some exquisite clients including Walt Disney, Nike and Sony but I doubt that the products and services offered by this relatively nameless company justify the merger. Yahoo! can certainly use Maven – and it would have been easier to do it as a client instead of investing in something that will not bring the needed immediate results.

Yahoo! bought the technology that will power video advertisements on its own networks – what an unexpected, extraordinary move! In translation: instead of reaching out, Yahoo! is trying to make its declining network shinier for the already existing users. I doubt that anyone at Yahoo! is so naive to believe that a tool that defines itself as an “intelligent and dynamic video ad insertion engine” will impact positively its declining stock value or add value to the Yahoo! brand. Yahoo!’s new strategic mistake is just one example of how and why no Internet company so far has the strategic intelligence that will dethrone Google. 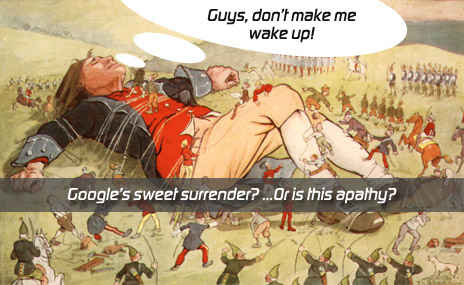 Google might still lose in the search sector, but it will definitely remain the king of the Web and here is why:

These points are enough to make us all see that despite the pros and cons, Google knows its business and it’s also very self aware and self confident – for good reasons. If the strategists from Microsoft and Yahoo! would spend at least half the time they use to look for new ventures – on analyzing what it is that makes Google so powerful – we’d probably be now spectators to a fight worth watching. However, these wannabes are kindergarten children in comparison to Google.